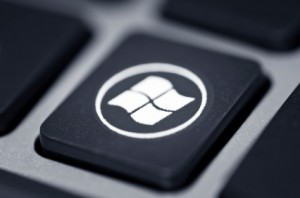 If you’re a Windows XP user, you may have heard that Microsoft is pushing the operating system into its ‘End of Life’ phase. In April 2012, Microsoft completely shut down Windows Vista and that’s exactly what they’re planning for Windows XP in April 2014. Within a year, Microsoft will no longer manufacture, support, or sell the product and XP will be considered ‘extinct.’ So, what does this mean for current Windows XP users?

The extended phase, however, is limited and Microsoft only offers needed security updates and nothing else. Windows XP is currently in the extended phase but this extended support will end in April 2014. After April, the operating system will no longer receive any support from Microsoft, including security updates. Computers with Windows XP will be left vulnerable to viruses and will be left outdated.

Get Ready to Update. It’s suggested that Windows XP users begin updating their current operating system as soon as possible.  It’s never safe to work on a computer that doesn’t receive updates or security support, so upgrading to a newer operating system is really the safest solution for these users.

Microsoft itself has started a campaign called the ‘Springboard Series’ to guide users through the upgrading process. The campaign also encourages users who may be reluctant to purchase a new operating system by showing them the advantages of a newer system. There are many Windows XP users who have shown push-back when it comes to upgrading so Microsoft is doing its best to steer these users towards the advantages of the purchase. The last thing the company wants is for a multitude of Windows XP users to become vulnerable to viruses, bugs, and an outdated system performing less than its best.

Although Microsoft can’t make an upgrade mandatory for its users, choosing a newer operating system before April 2014 is the best bet for Windows XP users who want to keep their computer safe and functioning correctly. If you’re ready to upgrade to a new operating system, give us a call. We can evaluate your needs and help you choose the best system for you or your business.

For information on computer or IT support Orlando, contact Firewall Computer Services at 407-647-3430.