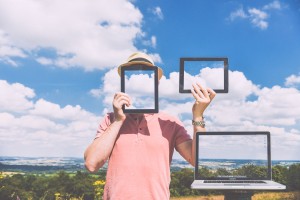 Though Halloween has already come and passed, there are still plenty of spooky things lurking around the shadowy corners of the Internet–especially when it comes to your cloud computing systems. On September 17 of this year, IBM released a tool known as the Cloud Security Enforcer, designed to help reduce instances of Shadow IT. This release has a large number of users asking, “What exactly is Shadow IT?”

In a nutshell, according to SkyHigh Networks, Shadow IT is a term that was coined to describe IT projects created without the approval or knowledge of the original IT team. Essentially, this means that your cloud computing team members are skipping over the provisions you’ve laid out through your cloud system to access their own software, systems, and other such programs without your permission. While some laud the fact that Shadow IT helps to keep the industry competitive, it can come with some negative side effects.

Occasionally, employees come across brand new apps or other software solutions that seem to fit the issues they come across during their day-to-day duties. Such an event is fairly common, as modern software is released and updated more quickly than even the most comprehensive IT program is designed to accommodate. However, using such unauthorized programs within the established cloud system can ultimately cause a leak of sensitive information to prying eyes, leaving your business in jeopardy.

To combat this issue, IBM Cloud Security Enforcer has been created to root out the “bad guys.” Make no mistake: other programs with similar purposes have been released long before now, but the main difference lies in the fact that IBM’s new design helps to identify not only the unauthorized apps your team is using but also to determine which ones are real security risks. This way, if your employees find viable solutions to their issues, they can still incorporate it into their software regimen; but if they unwittingly step into harm’s way, you can protect your company assets.

While the effects of IBM Cloud Security Enforcer are yet to be seen, this new program offers a unique solution by accounting for both sides of the issue. To learn more about cloud computing or to set up a comprehensive system for your team, call Firewall Computer Services at 407-637-3430 today.